Cold Cube Press
Interview
Risograph printing
Your typical gallery may have someone waiting patiently for a visitor, only to stand, say hi, then walk through the space. The co-founders of Cold Cube Press, Aidan Fitzgerald and Michael Heck, are clear when they say that their gallery’s open hours are spent with them straight up working.
Writing: Paolo Bicchieri
Thursday, April 18, 2019

At the bottom of Washington Street’s severe hill is a bizarro-looking corner. With Caffe Vita strutting out the opposite side, this side of the block is smacked with neon signs and avant-garde art pieces in windows. Inside the block-wide labyrinth of modernism there is one particular space. It looks like a gallery when you walk in, but then there’s a row of archaic machines. It is both a gallery and a printing studio. An all-around appeal to everyone, this space is like a blueberry cornmeal muffin.

Your typical gallery may have someone waiting patiently for a visitor, only to stand, say hi, then walk through the space. The co-founders of Cold Cube Press, Aidan Fitzgerald and Michael Heck, are clear when they say that their gallery’s open hours are spent with them straight up working.

Fitzgerald has been creating art in Seattle for more than a decade, with Heck following close at seven years. Fitzgerald, also older than Heck by one year at 30-years-old, has a mustache that would make Sam Elliot jealous. Heck holds it down with hair like a 1990s PNW grunge god. Both of the publishers (whom are also visual artists, curators, book designers, to name a few of the colorful hats they wear) had full-time schedules when they decided, hey, why not also open a printing company?

“It gave us a task. Risograph printing is in vogue right now,” Fitzgerald said. “It’s been simmering for a while.” 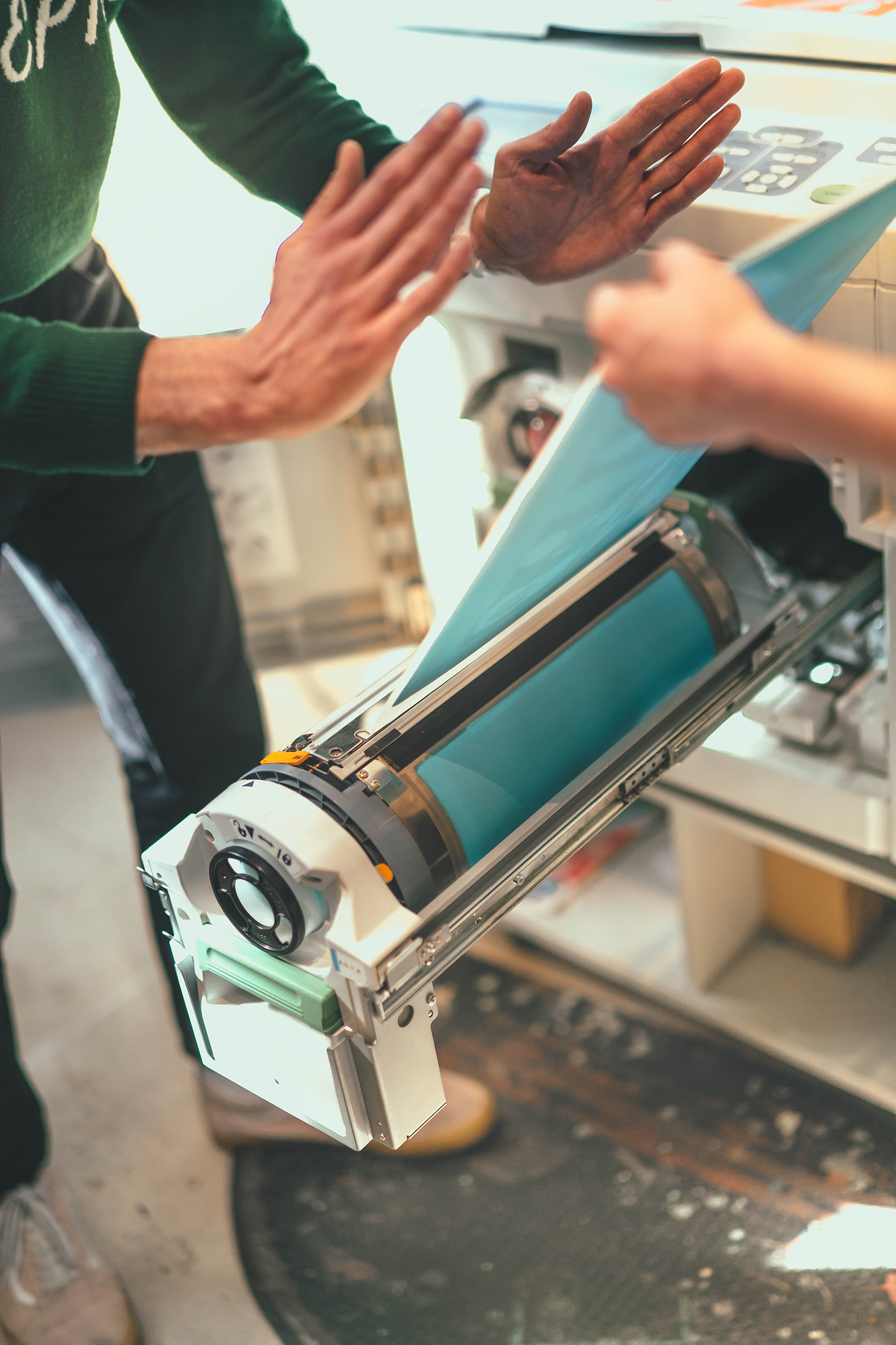 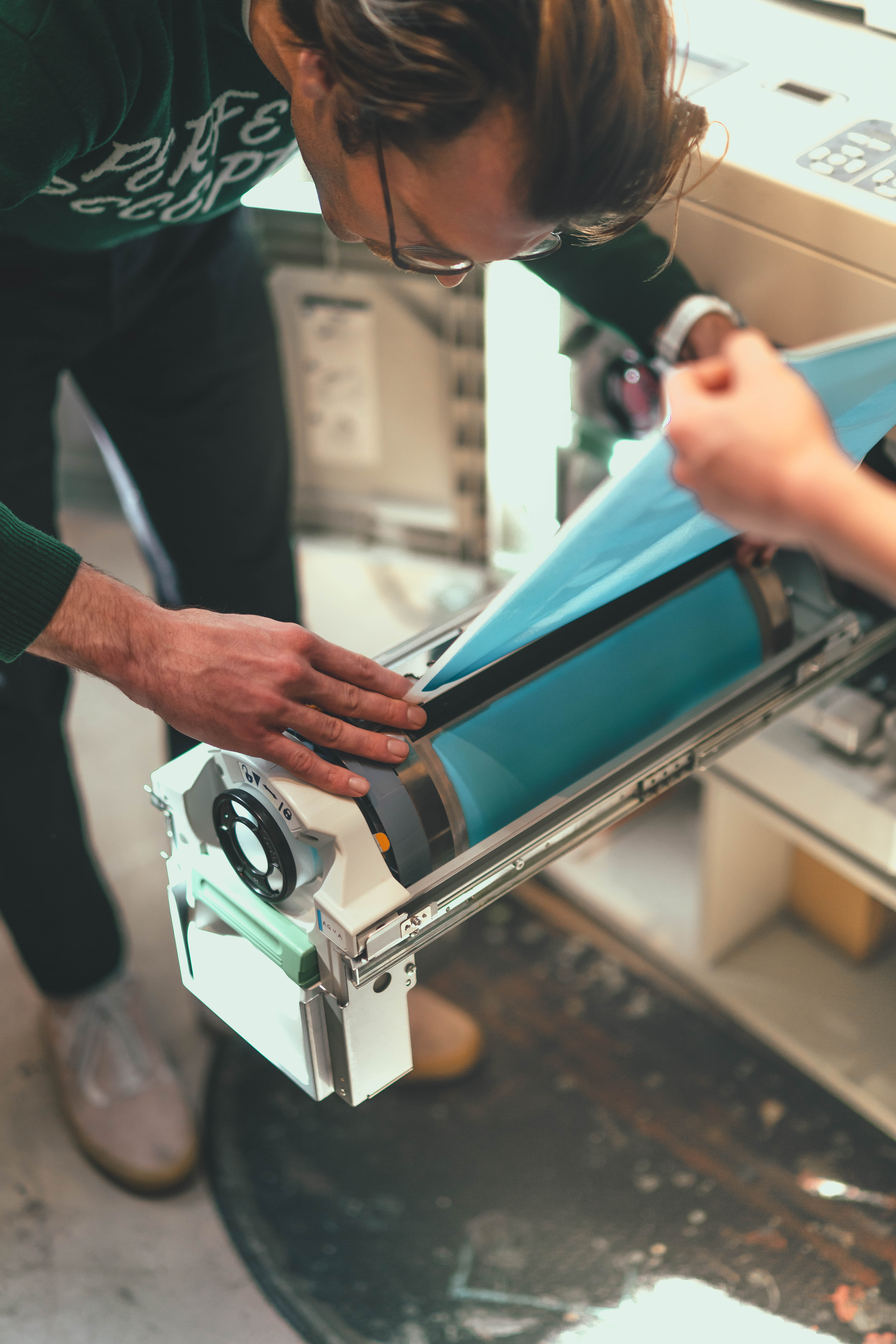 The rise of this DIY printing came from the comic’s community. After seeing the quality, creators leap-frogged off of each other to make more and more illustrations come to life in bright and crazy tones. Fitzgerald says many presses bought these printers from old church basements in the late 90s and early 2000s because they were cheap and effective.

They began this quest in 2015. Heck would come over to Fitzgerald’s apartment where the risograph lived in the corner. They would print for hours, publishing their own creations. In 2017 they opened their gallery in Pioneer Square, and that’s when people began to pay attention.

“Non-comic people started seeing us,” Heck said. “We started having fine art and illustration, having shows. A more diverse crowd began contacting us.”

Cold Cube Press is tough to put in a box, which, despite the potential pun, is how Fitzgerald and Heck like it. All at once squiggly and wiggly, (“those are terrible words,” Fitzgerald laughed) they see their aesthetic as indescribable. But the two still know that ninety-nine percent of the time they’ll be on the same page regarding their curations.

“I thought ‘tech money is moving in, rents are rising, artists are moving out, culture is dying’ but it’s not like that. Artists are working a lot harder than they used to. People just don’t expect to grind that hard because it’s Seattle and not New York.” 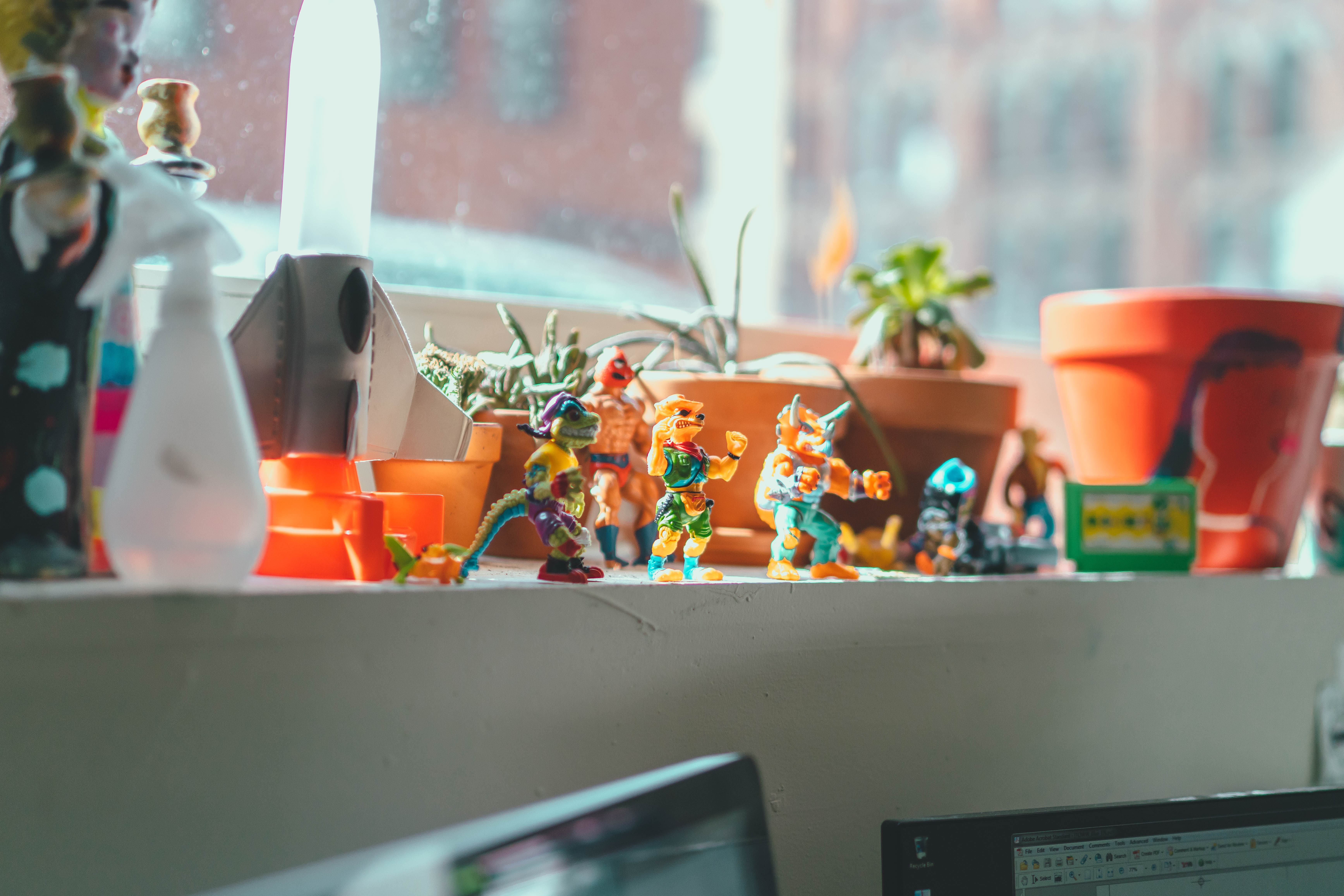 The two have taken their talents on tour. Short Run being a classic homebase, CCP has also hit Toronto, Chicago, Los Angeles, and New York, selling their variety of books to larger and larger audiences. They’ve had the chance to meet their personal heroes: for Heck it’s Matt Davis with Perfectly Acceptable Press, and for Fitzgerald its Brad Rolaf with Bred Press.

“The Chicago scene is amazing,” Fitzgerald said. “They’re paying half as much rent and having twice as much fun.”

The Midwest and Canada may have cheaper rents and larger art spaces, but the two love Seattle. They spend their extra time at Fantagraphic Books, Open Books, Left Bank Books, and The Elliot Bay Book Company.

They’re not too concerned for the Seattle of 2019, either.

“I used to be close-minded about it,” Fitzgerald added. “I thought ‘tech money is moving in, rents are rising, artists are moving out, culture is dying’ but it’s not like that. Artists are working a lot harder than they used to. People just don’t expect to grind that hard because it’s Seattle and not New York.”

“It’s [the expansion of the Seattle area] that has weeded out a lot of half-assed projects. Now people in Seattle commit full out.” 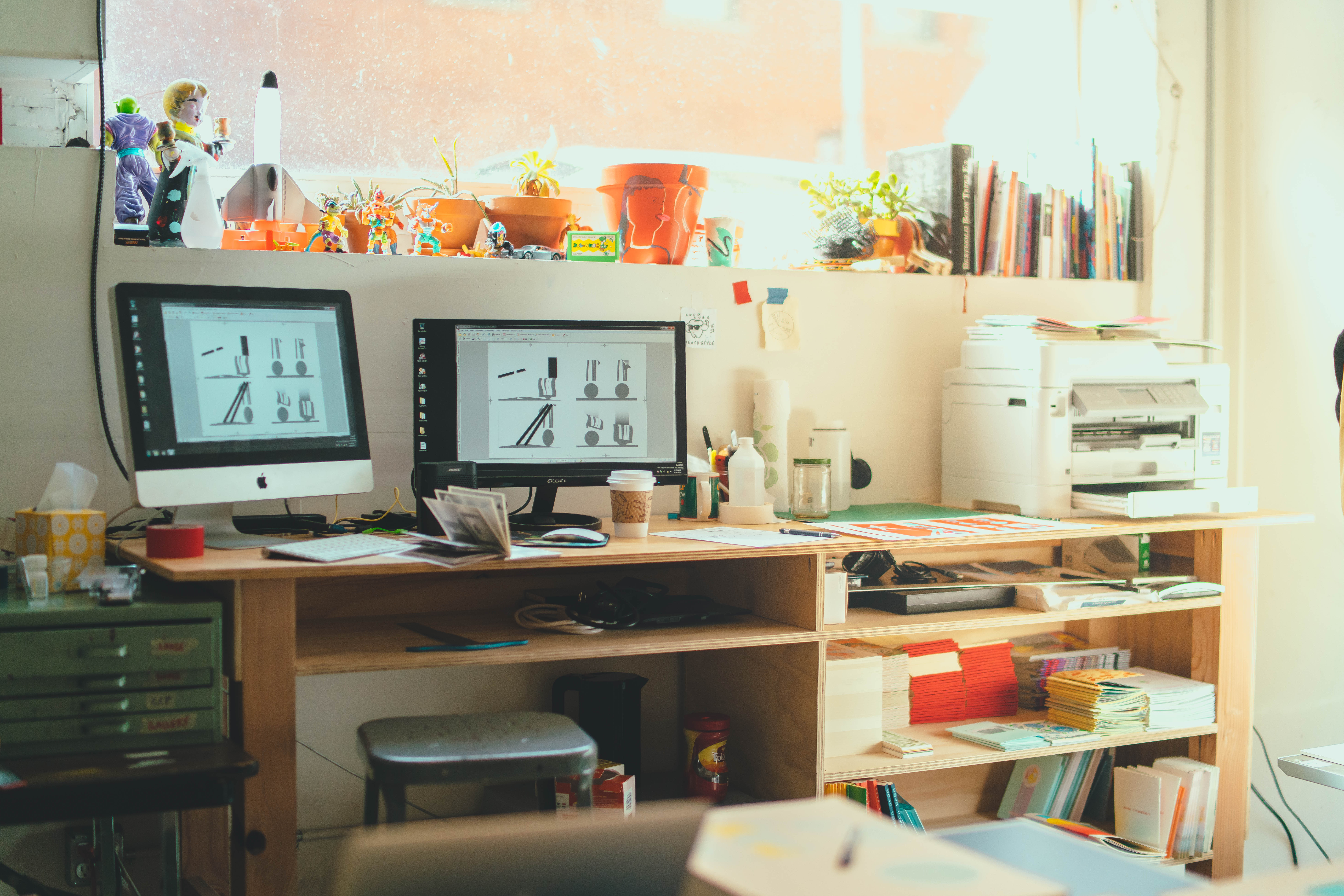 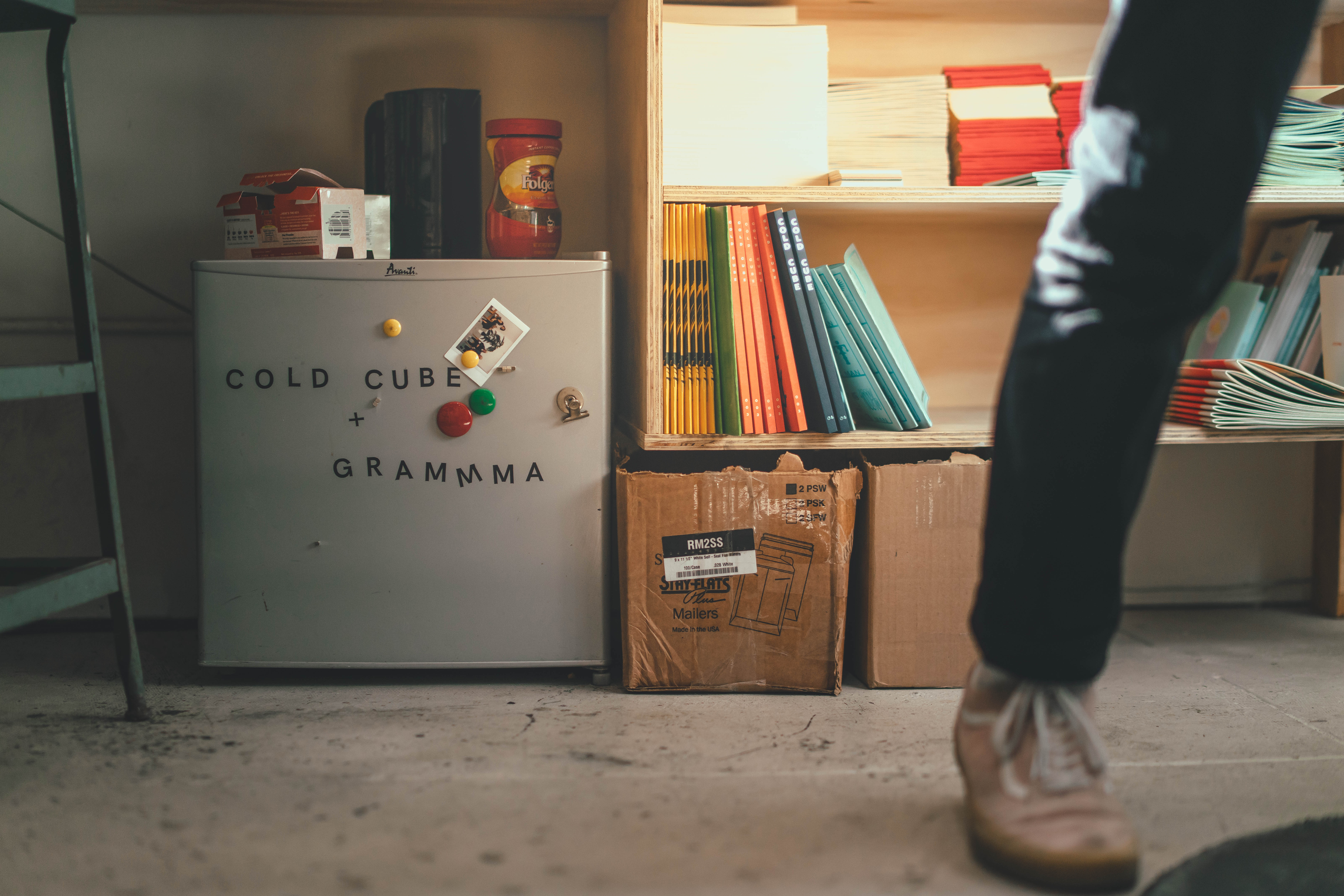 Cultivating that co-operative culture, Fitzgerald made sure to shout out Mount Analog, their neighbor at 300 South Washington. Paper Punch Press, the other risograph publisher in the city, got a holler, too, for their open hours and workshops. For tunes the two threw up for DoNormaal, JusMoni, and Sassy Black.

The two are activists in their own right, too. They believe their work is an important part of redistributing resource and battling the enormous income disparity of the Northwest.

“Microsoft gives money to the art community, and I know Amazon is starting to do residencies and shit, but keep doing that,” Heck said. “There’s all this money in Seattle and it needs to be dispersed to communities that don’t have that shit.”

If Jeff Bezos were visiting that Blade Runner-looking corner of Washington Street, Fitzgerald would ask him to lobby for the Head Tax rather than against it.

“We already fucking passed it,” Fitzgerald said. “Then Starbucks and Amazon teamed up to kill it. So yes fund residencies, fund book fairs and artist events, but I think having a $200 tax on corporate employees would help our city.”

Rising tides lift all boats, and the boys at CCP believe paying better attention to the arts, the traffic jams, and the public schools lies within the realm of the rich and powerful.

They also believe they can make things better with gorgeous, intentional publishing.

Paolo’s work can be found here.

No items found.
Have an idea? We want to hear it.
Thank you for your submission!
We'll get back to you soon.
Oops! Something went wrong while submitting the form.